← more from
Lionsharecords
Get fresh music recommendations delivered to your inbox every Friday.
We've updated our Terms of Use. You can review the changes here. 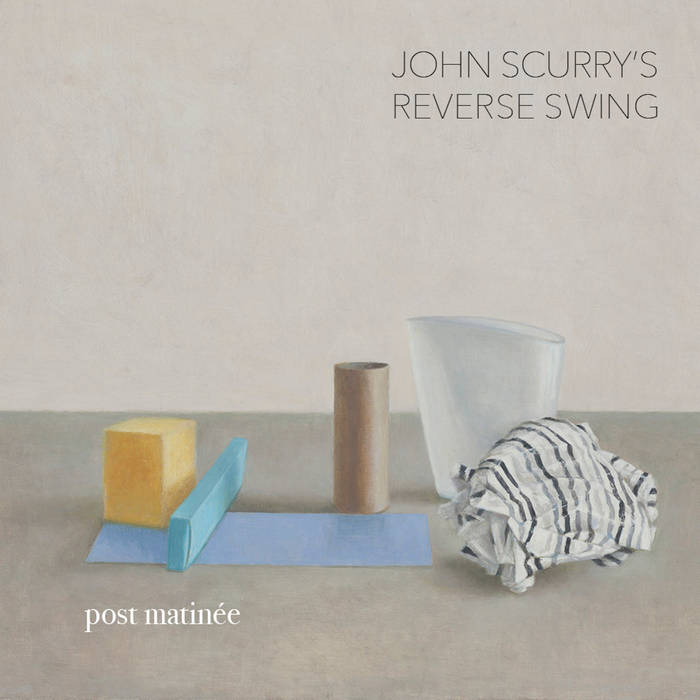 John Scurry has been a stalwart of the Australian swing and traditional jazz scene for 5 decades, while simultaneously being a renowned visual artist and teacher. He has performed at major jazz festivals throughout Australia, Europe and North America with iconic bands including The Red Onions, and his paintings have been exhibited at establishments as prestigious as the National Gallery of Victoria and the Art Gallery of NSW. This is surprisingly his debut release under his own name and appropriately, the cover features one of John's paintings.

Post Matinee features a generous program of familiar originals, which provide an open framework for some of John's closest musical colleagues to shine. As a soloist and accompanist, Scurry manages to be simultaneously consummate and unassuming. Four tracks include John's own lyrics sung by the inimitable Shelley Scown.

The album artwork includes an historical photo of the Windsor Theatre where John procured his first paid employment as a ten year old theatre attendant. Post Matinee offers a collection of evocative musical vignettes, fleeting glimpses of a tapestry of rich memories from less hectic days.

'In A VISION, Yeats wrote that the spirits visited him "to give him metaphors for poetry". For inspiration, all I can claim is Facebook, where, a few hours before this disc arrived I had seen a famous Mississippi restaurant, The Dinner Bell, with a round table, seating twenty, two dozen entrees on it's rotating center. As I listened to REVERSE SWING, I thought of diners moving from one serving dish to another, each one different in content, texture, seasoning, all harmonizing memorably.

A didactic annotator could fill pages saying what this track "sounds like" and what band/musician he "is reminded of", but I will leave such fetishes to those who cannot find pleasure without them. Scurry's music, although irresistibly swinging, is MUSIC first, jazz second: melodic, surprising but inevitable (to steal from Whitney Balliett) with its bright eyes on us, sometimes teary, sometimes winking, even tenderly sleepy. I imagine a dance programme ranging from uptown funk to pastoralia, or soundtrack music for a never seen Dennis Potter project.

Of John's light-hearted but distinctive compositional art I can write only that I kept smiling and saying to myself, "Look what he's done THERE!" Each song is complete and shapely: a painting or photograph in itself, which is apt. I am also thrilled to hear so much of his guitar playing out in the open, concise yet emotive in solo, prancing in ensemble. Of the other players I write, as would Louis, that they are Topmen On Their Instruments, masters of Tonation and Phrasing. I'd never heard Shelley Scown sing before, but I bow low before her sweet elegance.

I asked John for his thoughts, and he obliged with great generosity and acuity.

"This CD is a selection of tunes of mine written over some years and conceived specifically for this recording. I can liken it to having an exhibition of paintings wherein there is no articulated concept or theme at play, rather a gathering of works that hopefully co-habit together and make sense musically. Most of the pieces were kept relatively short so as to state them as tunes in their various guises and feels and not as extensive flights of improvisation. Part of the joy in producing this body of works was in having the privilege of playing with my fellow musician friends developing and coaxing these melodies into life as new presences."

Alec Wilder would have admired this: Ellington, too. I want a second and third volume.'

All compositions by John Scurry

John Scurry has been a stalwart of the Australian swing and traditional jazz scene for five decades, while simultaneously being a renowned visual artist and teacher. He has performed at major jazz festivals throughout Australia, Europe and North America with iconic bands including The Red Onions, while his paintings have been exhibited at the National Gallery of Victoria and the Art Gallery of NSW ... more

Bandcamp Daily  your guide to the world of Bandcamp

Sampa The Great joins the show to discuss her release, "As Above, So Below".